(This biography is all OOC knowledge and is not considered public or IC knowledge. For public access IC knowledge, examine Komo in game for his bio) 
Komo is the typical brute but with a caring heart deep down. Always up for a drink and never backs down from a fight, Komo's outlook could be said to be a simplisitc one.

The irony of his personality is his fear of tiny furred animals. Not many things phase Komo, but if anything would, it would be something too small to see or fight and that would easily crawl up his trousers. 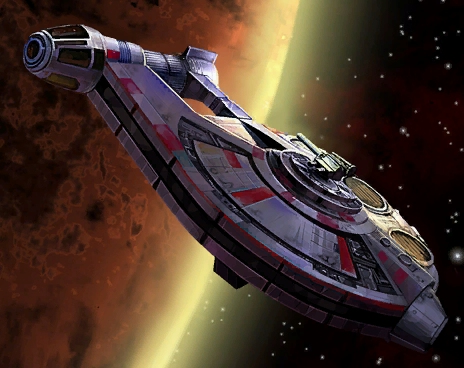 Named "The Star Gluss'sa'" after the Gluss'sa'Nikto, or "Pale Nikto", who came from the Gluss'elta Islands of Kintan who are known for their keen abilities of ship sailing. Komo's vessel is nothing too special. A standard model of its kind, purchased on the Smuggler's Moon, Nar Shaddaa with his saved up job earnings. A simple mode of transportation that gets the job done, as well as being useful for carrying his cargo of heavy ordnance.


Komo was born and rasied on the planet of Nar Shaddaa. His early childhood was nothing noteworthy of record, growing up on a world controlled by the Hutts kept him out the way of the politics of the Galactic Civil War.

As a young man he become quite keen on Nar Shaddaa's nightlife, and soon become accustomed to a bit of heartly drinking and gambling. Of course as he aged he became quite notable for his size, "put a blaster in his hand and you suddenly have a tank!", people would say. Of course a life of gambling and drinking without having his own source of credits did not please his parents, his father all the more so. So, Komo, using the advantage of his big size and intimidating nature became a bouncer in one of the local night clubs, where he'd see his fair share of nightly action.

Komo developed a distaste for the Empire over time when off-duty officers and troopers would come to the bar. Though not on duty, they'd still have an air of superiority and entitlement about them, something that eventually grinded on Komo's nerves. In combination with their xenophobia against non-humans, Komo found it quite easy to empathise with the Rebellion, though he never joined them.


Upon the rise of the New Republic government after Endor, there were soon recruitment advertisements on streets and public holonet networks. Though never joining the Alliance, such an offer to fight the Empire intruiged him, it would be certainly be a more meaningful use of his skills than his current job, and with the Republic now so easy and open to find, unlike the hidden Rebel Alliance, he made his way out to sign up, becoming heavy soldier in the service of the New Republic military.
AKA - MatthewStarWars (SWGemu)
Top
Post Reply
1 post • Page 1 of 1

Users browsing this forum: No registered users and 3 guests