What others would be able to know about your character. Add an OOC section for things which could be discovered through RP!
Post Reply
3 posts • Page 1 of 1 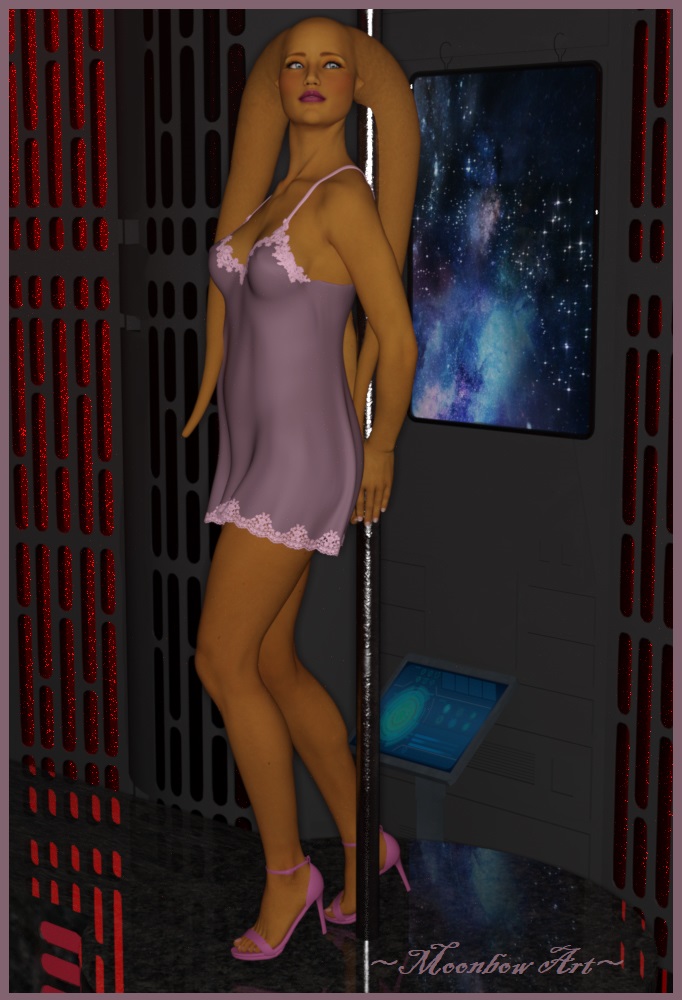 Topaz was born into a family of dancers, but what they really were, were slaves. She had no choice in the matter.  Her mother and grandmothers as far back as she could trace were dancers, companions, slaves in some form.  So it was not for her to dream or wish for another life. But she did.
Dancing came easy, as if passed down in her genetics. She didn't remember having to learn to dance, she just knew how. So when she met the young human girl who wanted to dance, she decided to teach her.  And when she realized the girl had no real parental support, she decided to take her under her wing.  Teach her right from wrong, discipline her when she acted out.  The young girl looked up to her and she had talent.  And then she was sold, again, and Aly with her. She had to protect her now.  Aly wasn't prepared for this kind of life.
That's when they met a young woman, who seemed to have a connection with Aly. She wanted to protect the young girl also, so Topaz and Kerenza formed an instant friendship, and together they hide most of the harsh realities of this lifestyle from Aly.  Aly had an ability, to bring people together, to have them want to protect her.  She was special.
After a torturous night for Kerenza, they knew they had to get out, so they planned their escape.  It took months, but they did it.  But at what cost? They would be running for the rest of their lives.
Last edited by Moonbeam on Sun Feb 09, 2020 6:57 am, edited 5 times in total.
Top 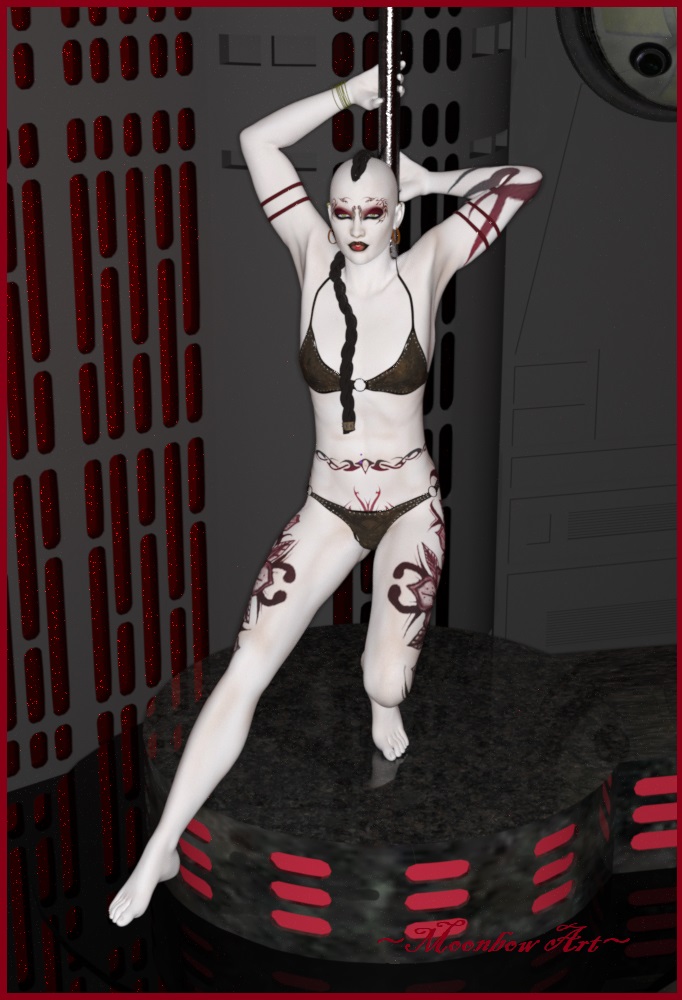 
Kerenza had been born on Dathomir.  Her mothers name was Leandra, and she had left her clan for Kerenza's father.  He had convinced her to leave and live with him in his world.  He was a bit of a smooth talker.  She only knew her mother wasn't allowed to return to her clan.

Kerenza didn't even know what clan she belonged to.  She was quite young when her mother died and she was taken off world and sold.

Kerenza discovered at a young age she could mask her feelings, her thoughts.  During times when their caregiver would dish out punishment for some infraction or another, she would deliberately mouth off to take the brunt of the beatings, to keep the other girls from receiving it.  She could disassociate her mind and body so that she didn't feel the pain. Usually.  This ability came in handy later when she had clients the would rather deliver pain than pleasure.  That's actually when she developed her greatest ability. It was during a particularly torturous night, her mind begged for help. Then, as if someone had whispered into her ear, the chant her mother used to put them to sleep came to her.   She briefly remembered during times when money and food was scarce, it was hard to sleep with a rumbling belly.  So her mother would say this chant and she would sleep peacefully for a while.  As she whispered it over and over, her client fell into a deep sleep.  Long enough for her to get out of there. It took her weeks to recover, but this gave her time to practice.  She used it on anyone she could, each time, the duration of the spell lasted longer.  It was her secret weapon that got her through many nights and eventually away from that life. 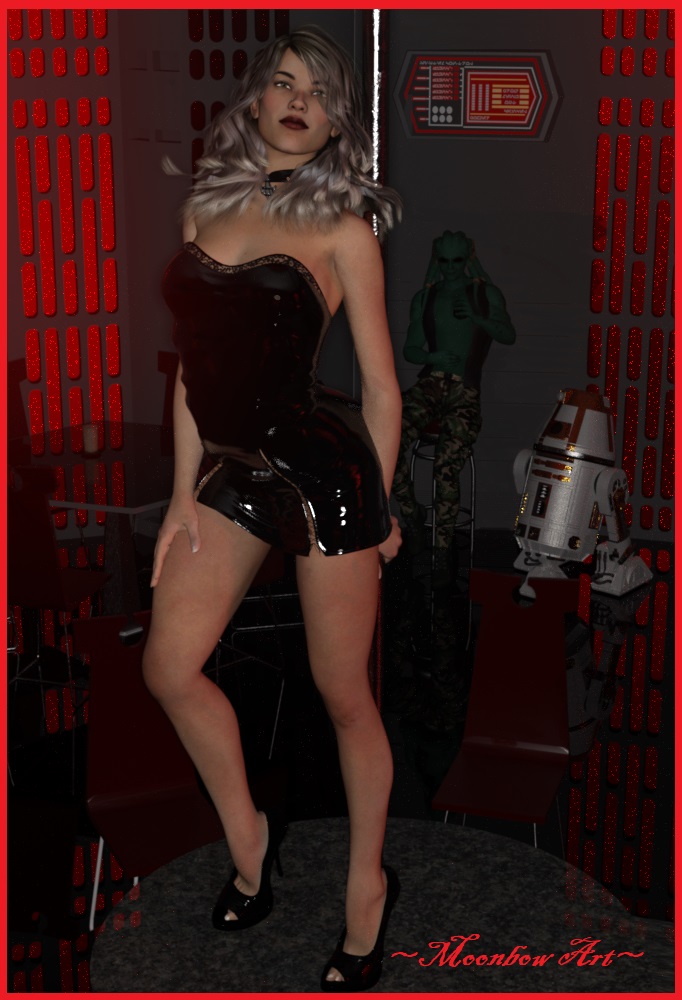 
Alysheba loved watching the dancers, in their beautiful costumes and make-up. All the bright lights and sparkling colors.  She often imitated them as she watched them perform. Her father would bring her to the club and pawn her off on some unsuspecting staff member for the day and it was often way into the night before collecting her again. He had a business to run and a young daughter just got in his way.  Aly didn't mind. She loved watching the dancers and there was always food and drink stations she could help herself to.  And with no supervision most of the time, she had tried all the drinks at an early age.  She her favorite was a Corellian Cocktail.
In her early teens, she met a young Twi'lek dancer who changed her life.  She took Aly under wing so to speak, keeping her out of trouble and teaching her to dance.  She was hard on Aly, because she knew she needed the discipline from years of not having any.
That's about the time their lives were turned upside down.  Her father's business was failing. He had accumulated a lot of debt and creditors were knocking down his doors.  They were threatening his life.  To keep them at bay, he sold off some of his assets.  This included some of his beautiful dancers.  Aly opposed this and confronted her father about it, so he threw her into the deal. Just like that. She was sold into servitude and her new life began.
Her new owners had taken them to Courscant, where the clubs were bigger, the lights brighter, and the dancers harsher.  Aly knew that she and Topaz needed to stick together.  They eventually made friends with another dancer, an unusual girl.  She had been there for a while and was a bit rough around the edges, but she could handle herself.  She's the one that taught Aly to fight and take care of herself when the customers got to friendly.  Which they often did. It was like she and Kerenza had this unspoken connection somehow.  It was after a very unpleasant night, when Aly and Topaz had to care for Kerenza that they made their pact to escape.  They would do whatever it took.  And they did.
Top
Post Reply
3 posts • Page 1 of 1