(This biography is all OOC knowledge and is not considered public or IC knowledge. For public access IC knowledge, examine Saloom'Ven in game for his bio) 
Saloom'Ven could be said to be ever so slightly suave. Unlike others in his profession who often like to be guns blazing, Saloom prefers much more quiet and delicate approaches to his work.

Saloom is often conversational, even with his targets. This nature often giving him an edge in putting people at ease where he then aquires desired infomation from them. Though this being a surface trait, at heart Saloom does not take friendliness for granted, but is very cautious given the nature of his upbringing.

Though seemingly friendly on the surface, his innerself is much colder which can some to a surprise to some who are unfortunate enough to be on the recieving end. Saloom often has no qualms on doing what it takes to get a job done, and should that mean shooting someone in the back when they are not looking, or pulling someone off of a ledge of a tall building after they have helped him up, he will do it.

Saloom takes great pride in his work, and thus takes every job professionally and seriously. Thus when it comes to bounty hunting, he is willing to take up almost any job, no matter who the mark is. Though there is an ironic graciousness and honour that comes with his personality despite his seemingly cold heart.

He often enjoys having the best of everything, be it personal possesions, tools for his job, or even just food. Having a poor childhood, he seeks to make up for it for seeking to attain the "finer things" in life. As such he also has a strong desire to keep hold of the things he has earned. 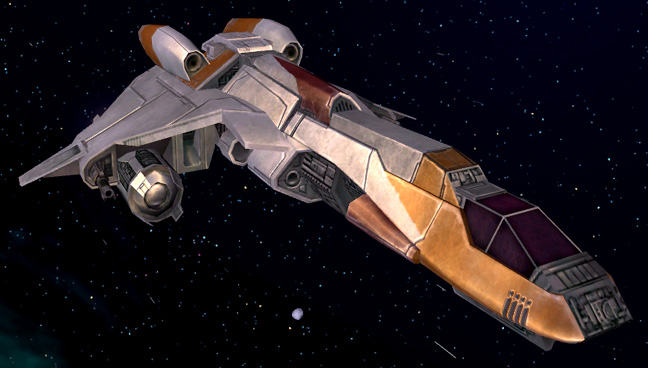 
Born on Ryloth shortly before the Clone Wars, Saloom was raised by a single mother for the majority of his childhood after having his father lost to him during the invasion of the CIS when fighting as a part of the "Free Ryloth movement", though Saloom was too young to remember it being but a baby.

By the time of the formation of the Galactic Empire in 19BBY, Saloom had reached the small age of 6 years old. His early childhood was defined by the harsh reality of living in a poor district in the captial city of Lessu, where street smarts were a top of the skills one would require to get by. He soon became accustomed to dealing with with a life, for he had no other choice.


Developing a deeper sense of the world as he reached his teens, Saloom did not follow in his father's footsteps in being a part of the Free Ryloth movement, who were now fighting the Empire and giving support to the Rebellion. With the influence of harsh living in a crime ridden local of which he at times found himself the victim, he began to take an interest in law and order, if only to seek an advantage over those who had downtrodden him and to make a living wage.

When reaching 18 years old, he signed up to be a part of Lessu's local police and security force. The force worked alongside the Imperial presense on the planet, though at times relations were strained with the Empire's well known treatment of aliens. However, Saloom was accustomed to how things were run under the influence of Imperial rule throughout his young life. Thus in combination of his rough upbringing, nothing really phased him in this regard, giving him quite a gruff and jaded outlook to the world and galaxy in general.

The nature of working under Imperial rule often meant that those who he was often ordered to arrest were not always typical law breakers such as thieves or murderers, but many were often seemingly innocent, only guilty of late tax payments or having but "association" with known "terrorists". But to Saloom it was just another part of the job, life was unfair, and one simply had to play with the cards that they were dealt.

It soon became apparent, however, that policing was not for him. Often he felt confined by the regulations, rules and limits that the local police force had, and not to mention in addition that the paid salary was outragously low (in no small part due to the influence of the overruling xenophobic Empire underpaying the locals), trapped in monotonous work day after day, in the same boring rundown location.


By the time he reached the age of 25 he left the police force and began to take up the much more lucrative and free-spirited career of a freelance bounty hunter, where no local government, regulation or piles of paperwork could prevent him from doing his job, and was a way of him finally escaping his boring life in the poor slums of the city.

He found the world of bounty hunting was not too different from his time as an officer, it was not all about justice, law and order. The galaxy was full of marks, all wanted for various reasons, some seemingly just, some not so just, and the posters themselves were a colourful collection of characters of various backgrounds, govenments, guilds, organisations and societies. But a mark was a mark, such was life, it was all again just a part of the job...

Making enough money in quite a short ammount of time through his work, he purchased his own apartment in the glamorous upper levels of Coruscant, the atmosphere of living the "high life" very much being to his tastes, and something that very much made up for his early youth living upon Ryloth. The Core Worlds proved to be a generous source of work and contracts, even Coruscant itself proved to be good regular source of income, with many high paying buisnessmen, officals, loansharks and even some not so innocent contractors often paying for the services of Bounty Hunters to find and deal with low lives, criminals, ex-employees and indebted individuals who would so often go skulking about in the lower cities, avoiding the eyes and authorities of the higher levels.

Of course for Saloom it did not stop at the Core. Keen on making himself much money and a high reputation, he scours from the Core to the Outer-rim, always on the search for the biggest contractors and marks in the galaxy...


Saloom met his end eventually on port Jato, a pirate space station, when two Mandalorians came for him for seemingly unknown purposes, though it seemed highly probable they came to enact revenge on behalf of a previously captured mark or their associates. Wwhen threatned he stood and attempted to fight and flee, unfortunatly for him he failed in his attempt, coming to a quick and brutal death...
AKA - MatthewStarWars (SWGemu)
Top
Post Reply
1 post • Page 1 of 1