As preparations continue to launch EiF’s unique Galactic Civil War system, the team is proud to announce one final round of testing: the week of war. 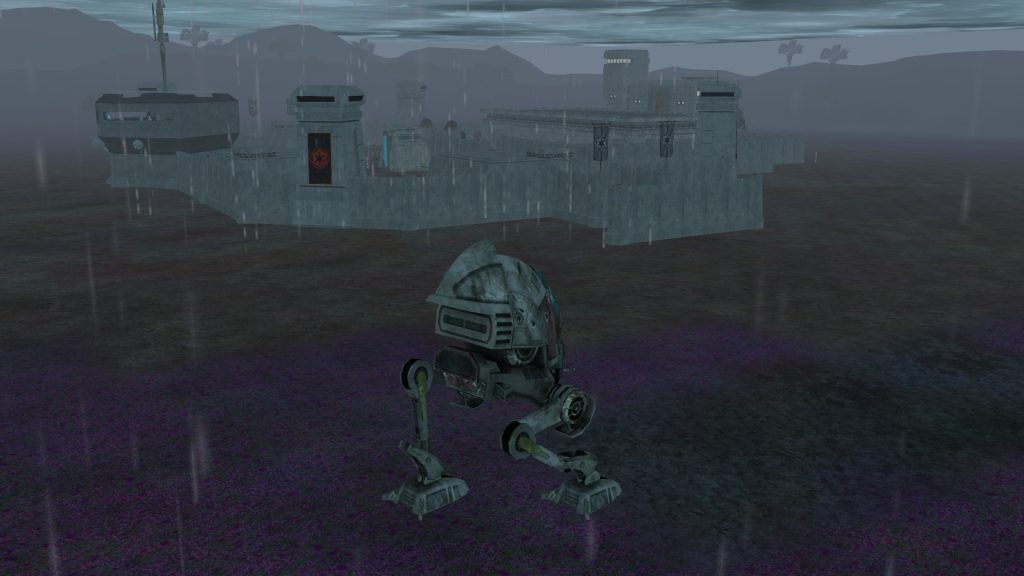 The GCW system, as written, has plenty of moving parts, and the team simply cannot test everything to the extent necessary before rolling the system out in its entirety. Of major concern are the planetary invasions, which are the heart of the system – epic battles in which factions can seize control of enemy-held planets.

These planetary invasions are built from the same core, but each planet has its own customizations. As such, they need to be individually tested to ensure everything works as expected. To facilitate this final testing, the EiF team is hosting a week of war.

(Also, a big thank you to the New Zeltros crew for willingly suspending their events for the test week!)

Participating in the GCW system this time around will net players War Fame, which will be used to purchase reward items once the entire system is live. GCW live system rewards include armor, weapon, house, and speeder schematics, as well as a few new surprises.

The rewards won’t be available yet – the awarded War Fame will be banked for future use.

The planets that require testing under the final system:

Yavin 4 and Dantooine are considered adequately tested at this point due to external and internal testing; Taanab, on the other hand, has gone through multiple iterations since the first event and needs to be retested with the new code.

This week of war testing will be a final check of the code as well as one more look at balance issues before the system goes live. (Of major concern is whether it’s too easy to defend as currently stands; the week of war should give us more data on that subject so we can make any needed tweaks before launch.)