“You sound like a businessman, a responsible leader.”
“It’s the price you pay for being successful.”
-Han Solo and Lando Calrissian, The Empire Strikes Back 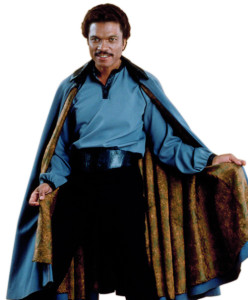 Merchants often know nothing of combat. They don’t wield a lightsaber or point a blaster, grip the yoke of a starfighter or stand on the bridge of a warship. Nonetheless, they are some of the most powerful people in the galaxy.

On the live Star Wars Galaxies servers, merchants were critically important. SWG has always had a player-driven economy, and the merchants are the ones who keep that part of the game humming along.

Empire in Flames ensures the merchants will have plenty to do. 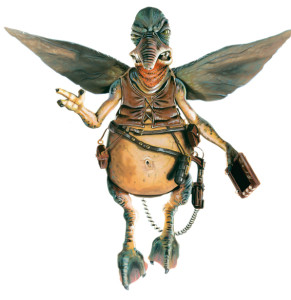 The economy is the game of merchants, and it’s not a game for the poor. Successful merchants are some of the wealthiest players in the game. And success can only happen one way: delivering quality goods to eager buyers in the right place at the right time.

It is important to differentiate “merchant” from “crafter.”

Crafters create goods. Crafters may very well become merchants as well, choosing to sell their own goods, handling their own marketing and hiring practices.

However, a merchant may not be a crafter at all. Some merchants may specialize in selling top-quality resources at high credit per unit prices; some may flood the market with low-quality but cheap resources. Still others may specialize in hard-to-find or downright rare items. And the biggest, most powerful merchants may acquire exclusive contracts with the very best crafters, becoming the proverbial one-stop shop for the best goods in the galaxy.

Remember: disputes over trade routes brought down the Republic. 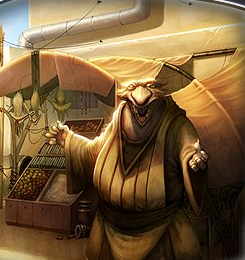