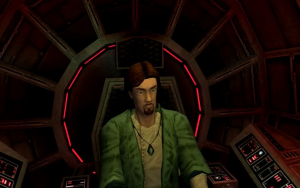 Good Mythi… wait.. .Good Friday everyone! In the spirit of it being Friday, I bring you a feature! The EiF Friday Feature is an interview with Wefi! Enjoy getting to know him better!

EiF: Which versions of SWG did you play? pre-CU, CU, NGE?
Wefi: All three versions of the game
EiF: If you played in the pre-CU live, approximately how long did you play in the pre-CU?
Wefi: Started right after Jump to lightspeed was released. My folks bought me the expansion thinking it was the full game, so I had to wait for a while to be able to play.
EiF: Which server did you play on?
Wefi: I started on bria, moved to Radiant during the CU, Naritus when the NGE hit due to a character bug, and finally Starsider after the Server merges.
EiF: Which classes and which was your favorite?
Wefi: Pre-cu/CU I liked Combat Medic, It was an interesting class to me. I played Jedi during the NGE as I liked Melee Combat…. and also Jedi.
EiF: How many accounts did you own/manage?
Wefi: I had 2 Accounts, My  Nge Jedi, and Medic. My 2nd Was a BH/Jedi and a Tailor.
EiF: What type of gameplay style do you most enjoy?
Wefi: I enjoyed PvP the most, but I prefer to Rp now days as I can work on other things at the saame time.
EiF: What’s a typical gaming session for you, what activities?
Wefi: On and off during the day. At night I tend to play EIF a bit more now. Otherwise I play League of Legends, or some VR game.
EiF: What do you most enjoy about SWG?
Wefi: The Open space. A friend of mine showed me Everquest, and how large it was. When SWG was announced, I was excited for it. Being my own Star Wars character is very attractive. I can be A Jedi, or a Tailor. Most MMO’s have a hard time keeping me in due to the lack of freedom. FFXIV comes close.
EiF: What do you enjoy most about Empire in Flames?
Wefi: New Items being added, and the Open RP community.
EiF: When you are not ingame, what do you enjoy doing?
Wefi: Gaming, Or working on new stuff for SWG. Other than that is really just watching TV.
EiF: What do you do outside of EiF / do for a living?
Wefi: Tow Truck driver.
EiF: What is your role with EiF? What does that entail?
Wefi: I am more of a Content Creator for the client. I every so Often I help with adding new things, Like Models, or something I made that impresses our Dear Leader Halyn
EiF: If you could have ANYTHING instantly in EiF, what would it be?]
Wefi: Jedi, 😛 I need to have my lightsaber for Wefi to be Wefi
EiF: If you could find out one thing about our EiF Community, what would it be?
Wefi: Their favorite Star Wars item.
EiF: What gives you Developer’s Crack?
Wefi: Uhh, I often see things in Star Wars games, or shows, and think that be cool to have. Also I like to challenge myself, and try to do things that were thought impossible, or hard to do.
I look forward to see the upcoming updates to EIF, and see where the story goes. With new ways of editing the client, and the work that goes into the Server code. I assure that EIF will be one of the most Unique Server out there.

((for those wondering about the opening… https://en.wikipedia.org/wiki/Good_Mythical_Morning ))