Continuing the Empire in Flames staff interviews. This week we get peek into the life of Gail! Enjoy. 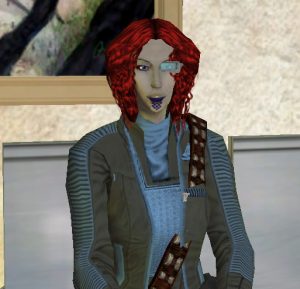 Abi/Gail: All, but I preferred the CU.

Abi/Gail: I played from June 25th 2003 until the bitter end. There were a number of times where I wasn’t in game for long stretches due to real life, but mostly during the NGE because it wasn’t as interesting to me.

Abi/Gail: I had one that was my primary, but at the peak of the CU I had three.

EiF: What is a typical gaming session for you, what activities?

Abi/Gail: There isn’t really a typical – Sometimes I’m in EiF crafting or running missions with friends, sometimes I’m being dragged into an RP – sometimes I’m playing another game like Battlefront or Skyrim. My gaming time has decreased a lot since having a kid. Now I can only squeeze in a little time after about 1930 when my daughter goes to bed.

Abi/Gail: Being able to do things with my friends – secondary to that is the ability to do what I want how I want. I also like that you are not forced to play one specific class in one specific way. You can be or do almost anything you want in a way that you enjoy.

EiF: When you are not in-game, what do you enjoy doing?

Abi/Gail: Spending time with my little girl and making costumes. I’ve been a member of the 501st for 12 years now and I’ve been making costumes ranging from Star Wars, to Star Trek to Firefly and many more.

My goal is to make it as movie or screen accurate as possible – to that effect, I own two screen used costumes (Starship Troopers and Stargate) and one screen used prop (The Dark Knight).

Time with my daughter involves going to the park, playing in the yard, coloring and watching either Star Wars, My Little Pony, Pokemon or Tangled.

Abi/Gail: I am a systems administrator for NASA. I also run a small decal business on Etsy.

Abi/Gail: CU Combat Medic – but just for me.

Abi/Gail: I am not a professional developer or programmer, so it’s a learning opportunity for me. Working on EiF is a chance to experience something that I don’t normally do day in and day out at work. That being said, I’ll keep my day job. Coding wasn’t for me in college and it still isn’t something I’d want to do to pay the bills.

EiF: Feel free to add anything else?

Abi/Gail: It is interesting to go all the way back to Pre-CU SWG. I really did the most in the CU, so to have the system be the older version is like going back to when I very first got in to the game with my friends. It reminds me of the person I was back then and how I’ve changed.

Also, I’m looking forward to having a TRE file full of stuff I’ve done to be added to the game and for players to start finding them. Don’t expect it this week, but the first things are on the horizon. 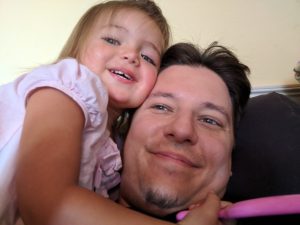