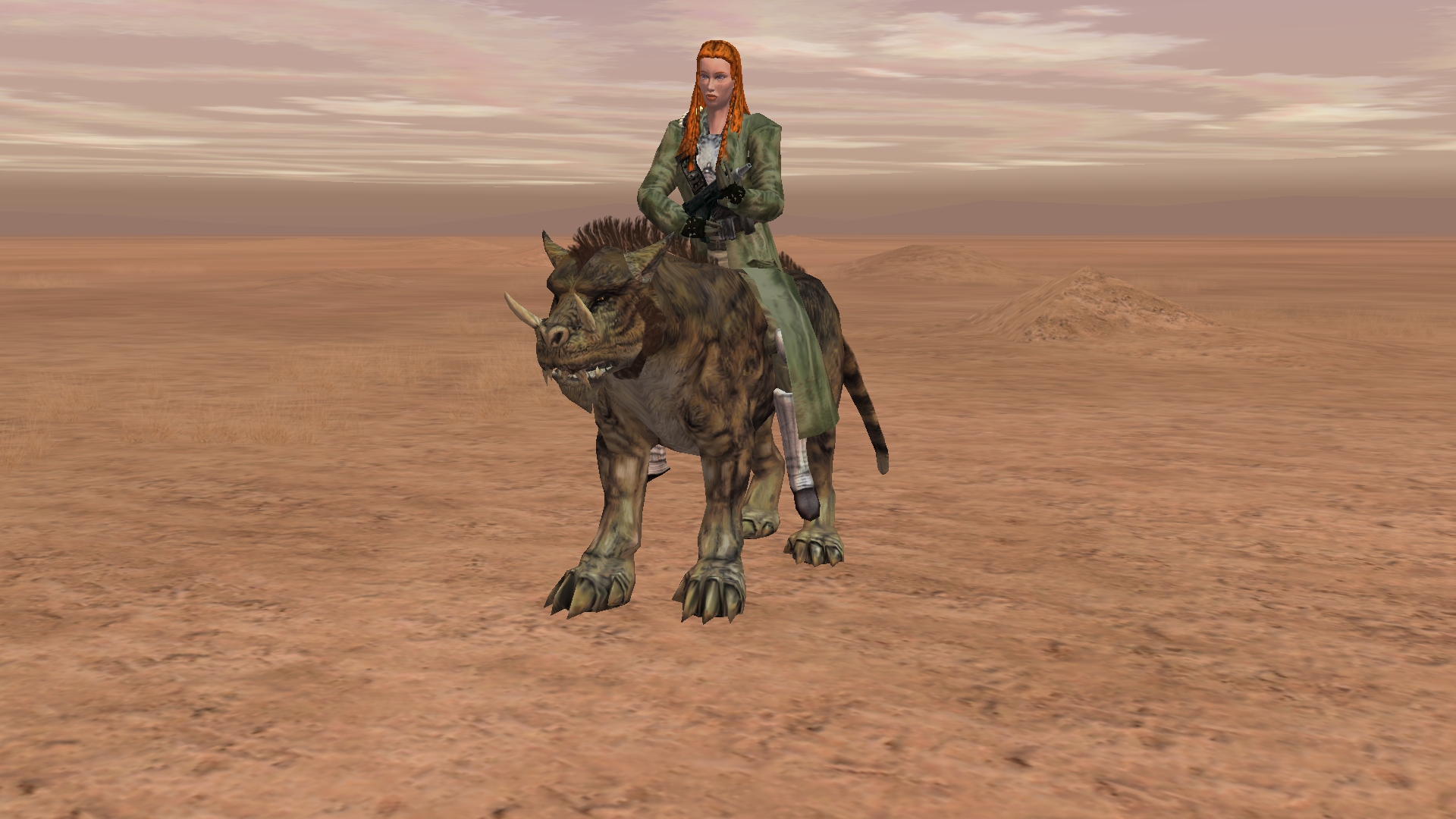 Star Wars Galaxies has long struggled with the idea of obsolescence. An Empire Divided launched without any player transportation – only shuttles – which meant characters spent a lot of time on foot, hoofing it to distance POIs after landing at the nearest shuttle.

Then came the speeders.

Creature mounts quickly fell out of favor, even among the Creature Handlers. Fast-moving swoops became ubiquitous; even the slower speeders, like the Speederbike and the X34, barely saw use. Speed was king.

And it’s hard to blame players. Creature mounts were clearly obsolete, and have remained so ever since. Even NGE mounts like the rancor were a novelty, not a serious mode of transportation.

That changes on Empire in Flames.

The Clone Wars CGI cartoon actually demonstrated Talz riding narglatches. Not only were they a viable mount, but they kept pace with the Republic force’s BARCs! 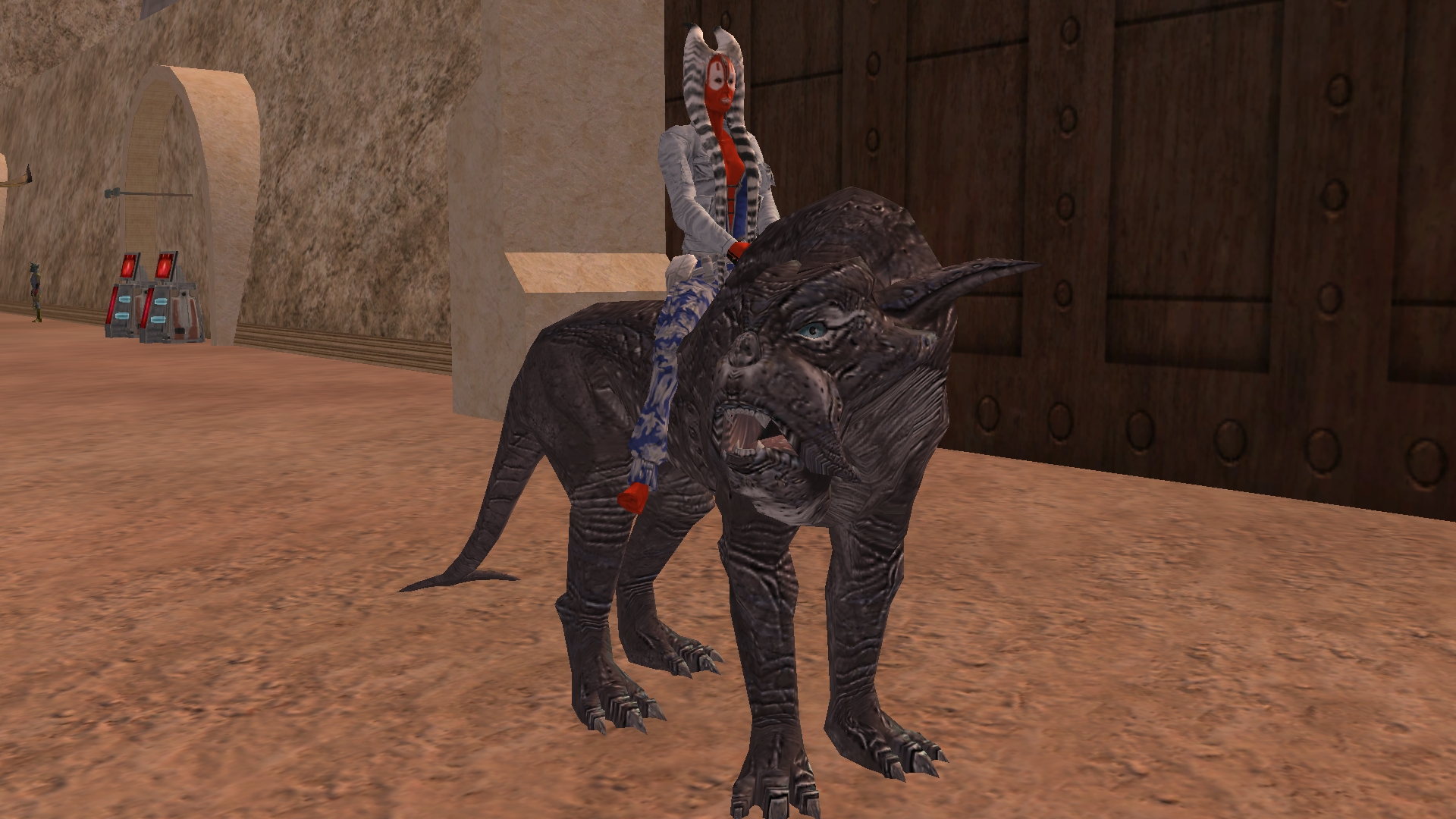 Adding cat mounts to Empire in Flames has to walk a fine line – on one hand, they need to be valuable and useful if we expect players to actually seek them out, rather than just use the same old swoops (and improved speederbikes) that are already in use. On the other hand, creatures aren’t killed off in the same way speeders are blown up; if they’re too good, we essentially kill off the speeders market.

How do we walk the fine line? 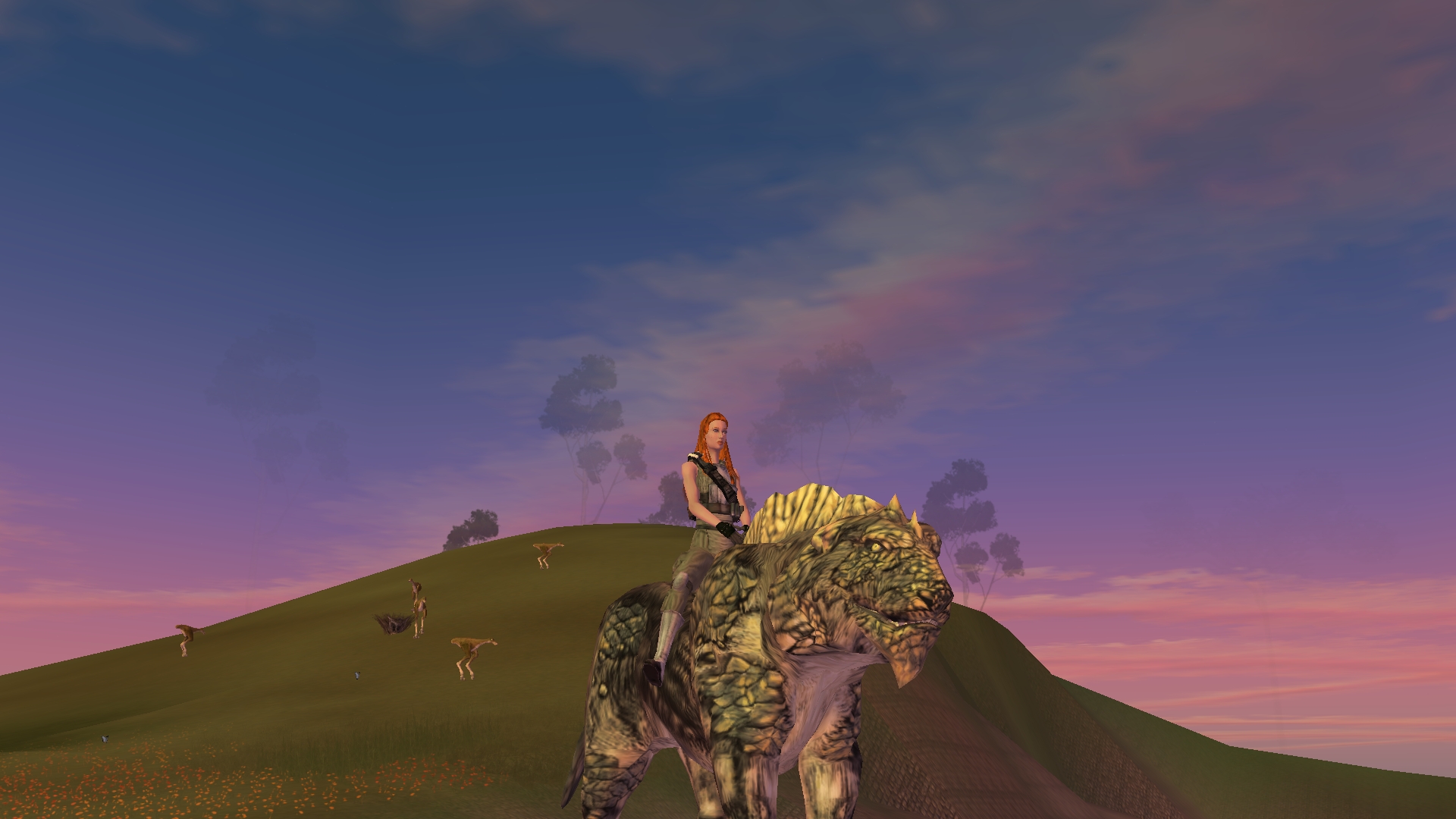 First, by speed. Cat mounts are slightly slower at natural speeds than a swoop; at /gallop the speed boost makes them slightly faster.

Second, by skill. Only the largest cat types can be used as a mount, and none of them are available to non-creature handlers. Your CL10 cowardly gurreck or BEed narglatch? Don’t expect them to carry you across the planets. While the list has not yet been finalized, powerful wild cats like the narglatch matriarch, grand wrix, and greater sludge panther are strong enough to carry a rider.

Coming soon in the client patch!