Star Wars Galaxies launched with a profession system that is best described as “revolutionary.”

32 classes allowed for an incredibly complex number of character builds, covering all types of combat, support, and crafting. To this day, that freedom for character building still draws players back to the Star Wars Galaxies emulator.

Ultimately, the devs found the 32 class system to be really unwieldy – balance problems plagued the original system, and were partly addressed by the Combat Upgrade. Less than a year later, the development team replaced the entire system with the nine-profession New Game Experience – a move that drove off massive parts of the playerbase which were alienated after losing the incredible customization that had made SWG so much fun in the first place. 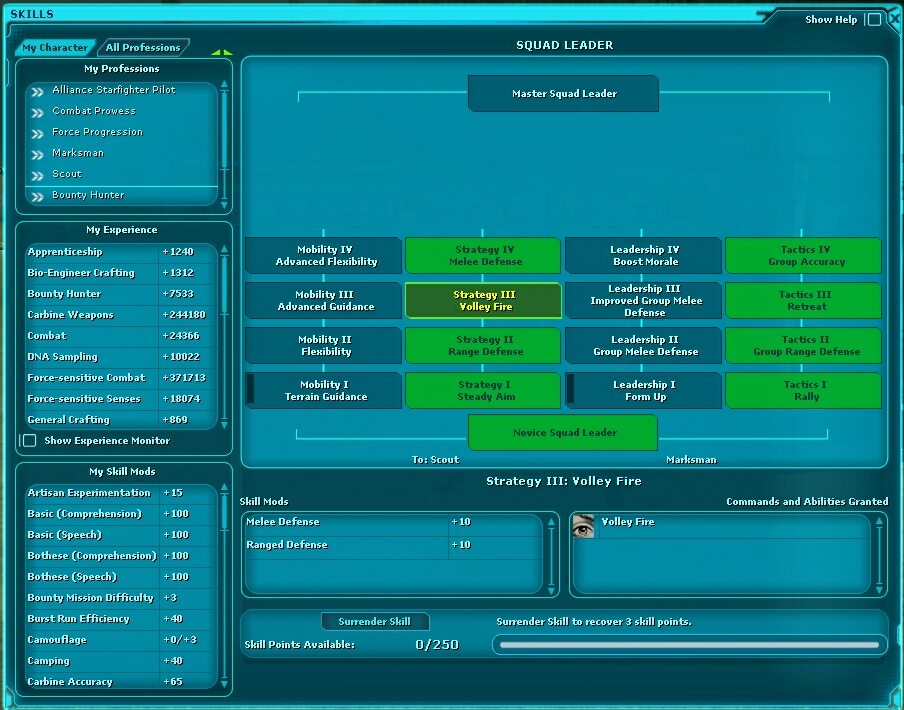 The emulator has exposed some further problems with the original 32-class system – namely, that only a handful of builds work for high-end content. Some classes are virtually unable to compete at the high end (like pistoleer and Teras Kasi Artist), which makes that complex character building largely superfluous.

An Empire in Flames is taking a combination approach to allow for more freedom in character builds – more useful builds.

The EiF system begins with the original launch SWG system, and flavors with the Combat Upgrade’s specials system, and tops off with the New Game Experience’s professions.

An Empire in Flames allows customization in new ways. Under the pre-CU and NGE versions of Star Wars Galaxies, smugglers used pistols and only pistols in combat. (The NGE also had a separate melee line later in development.) It’s based on the Han Solo archetype – he carried his trusty DL-44 throughout the original trilogy, after all.

Under An Empire in Flames, however, smugglers have a unique set of specials that can be used with all ranged weapons, not just pistols, similar to the Combat Upgrade’s far more flexible system. For the purpose of an example, the smuggler in question is also a Rifleman. Those smuggler specials still work even though the smuggler is using a T-21 instead of a DL-44.

In this case, smuggler is the profession; rifleman is a skill. 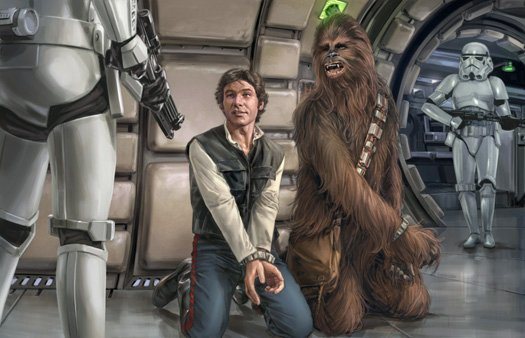 What does this mean in practical terms for a player?

Skills can be trained in any mix-and-match combination, and use skill points up to the 250 point cap. They are weapons skills and proficiencies, crafting skills, entertainment skills. Professions require no skill points, but a player can only have one profession at a time. They provide supplementary skills and open up new content options.

Star Wars Galaxies, in its varied forms, provided a small amount of profession-specific content. Most notable (and long-lived) was the bounty hunter’s unique mission system, allowing players to hunt marks across the galaxy in every version of the game. Late NGE gave smugglers what were derided as “pizza delivery missions” – smuggler-specific content that included both ground and space. Jedi had the other end of bounty hunter missions and the Force Ranking System.

Other profession-specific content was more subtle. Galaxies crafters (and later, NGE traders) were unique in their ability to have a fulfilling game experience in running a shop and producing goods. Creature Handlers (and later Beast Masters) spent endless hours searching for rare creatures and training up pets. 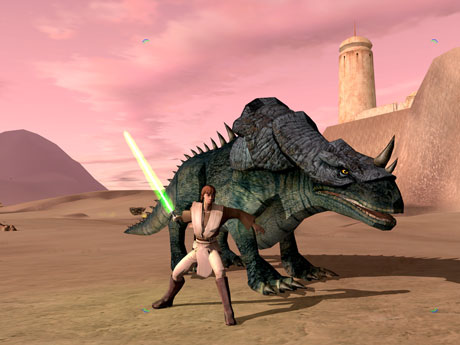 By differentiating between professions and skills, the Empire in Flames team can focus on providing more unique content and experiences for each profession.

WHICH ARE SKILLS AND WHICH ARE PROFESSIONS?

Stay tuned to find out. We will be featuring both professions and skills in the upcoming weeks.

3 thoughts on “Friday Feature: A New Take on Professions”