Hi there! I’m Sandarie and I wanted to introduce myself as the Community Manager for the Empire in Flames SWGEmu project.

I know many of you, some I’ve seen around, and still others are new adventures waiting to be discovered. I am an SWG lover. It’s in my blue Twi’lek’s blood, apparently. Also in my redheaded Firecat of a human Beast Master, and my gourmet chef… After the servers shut down 5 or so years ago, I never quite found another game which caught my attention quite as much as Galaxies did. Close friendships were created which are still strong to this day.

I started playing SWG about a month prior to the launch of the NGE. The piloting community became my home in which I was  heavily involved. It was the Roleplaying community though, which stole my heart and really changed my life for the better.

During my time on SWG, I worked with both factions during the Convergence of the pilots to Starsider. I set up`the commerce for Spacetown, which supplied many of the needs for the pilots. Server-wide events for Starsider were created and well attended and I am looking forward to doing this again with an Empire in Flames. There were times I was able to play NPCs for events, which was amazingly fun.I to  work with those of you who also put on events and support your efforts in anyway possible.

I went to SWTOR after the SWG shutdown. While there, I continued to roleplay and eventually found myself as the RP officer for one of the largest RP guilds on the RP server, Jung MA. We had over 60 active role players and a major event meta arc every Friday night. These nights usually had at least 40 people in attendance. The RP team had 6 vice officers and a bevy of DMs. The stories were rich and immersive.

My goal, as Community Manager,  is to support the players of the community is the best ways I am able. I spend time on the EiF Discord chat server. I haunt the Facebook page for EIF, as well. I am updating various sites with news and information about EiF, as we progress from test to live!

A calendar has been added to the EiF website to be able to post events The EiF forums are being updated and will be a great resource and place of interaction. There will be a section for the Roleplayers, which is my current project. I am very passionate about roleplaying and believe EiF is going to provide a lot of immersion for the RPers. More race choices, more choices for existing races. More profession and skills choices. Just… more!

I very excited to see what happens on Launch Day! Which is why I’ll be hosting a Launch Party at the city of Broken Bridge on Corellia outside of Coronet. I am looking forward to meeting everyone! Renewing friendships and making new ones. Look for the announcement to come out soon! ™ 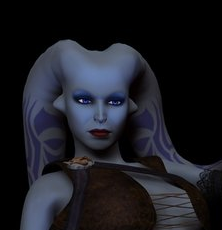