One of the details that sets Empire in Flames apart from other SWGEmu-based servers is a focus on story. While roleplaying alone cannot sustain a server, it can be an important part of the playerbase’s activities. The live Starsider server is a great example of that. 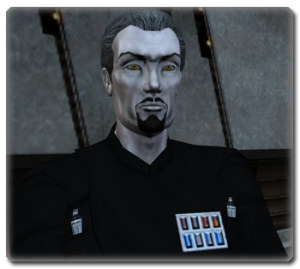 Rhaze Durile was a mainstay figure in the RP community on Starsider. As an Imperial Inquisitor, he provided a steady stream of story-driven events over a number of years. Although he currently is focusing on Star Trek Online, he is planning to return when Empire in Flames launches to run another long-term campaign. Rhaze will be a GM in-game to allow him to more easily create the epic setups he specialized in back on the live servers.

As part of the setup, he’s writing a serialized story to set the stage. This is the fourth part.

Tarv threw himself back from the bulk of the cave-in, but the screams he heard over the comms said not all of his men were so lucky. Alright, so this kid wasn’t an amateur. That was fine by Tarv. He’d been spoiling for a good fight anyway. He switched on his jetpack and blasted out of the pile of rubble covering him to try and get some altitude on the Jedi, but suddenly found himself crashing to the ground.

He quickly ejected the jetpack, and rolled over to see the smoking ruins of it clattering down among the rubble with the Jedi standing over him with his lightsaber pointed at Tarv’s throat. There was something familiar about those steel grey eyes Tarv recognized before his helmet’s HUD went dead, likely from the impact of several falling rocks.

Tarv removed his helmet and stared into the face of his opponent. “I know you,” he said with a gravely snarl.

“Yeah,” the Jedi said. “I’m sure your Master wasn’t expecting to find me here. Tell Durile we’re on to his plan, and it’s not going to work. I’ll let you gather the rest of your team if you agree to leave peacefully.”

“I don’t think you’re in any position to refuse.”

Tarv laughed again. “You Jedi…always underestimating your opponents and never seizing the opportunity to strike when you have it.” He outstretched his hand and let lose a blast of energy from the Force.

The Jedi allowed himself to be carried by the wave of energy and used the momentum to propel himself back on top of a pile of rubble. He sneered at Tarv and said, “Spectre Trooper”.

Tarv grinned and opened a hidden compartment on the lower back of his armor and drew a chrome plated lightsaber hilt. He ignited the crimson blade and brought it up in a salute. “The only thing I will be telling Lord Durile is how I killed you right before I claimed the artifact.”

In his private chambers, deep in meditation, Rhaze Durile saw the fight unfold between Tarv and Grade Ardeen. Altough he had felt a familiar presence in the Force upon arrival, he hadn’t shared that information with anyone…not until he was sure, anyway.

“Captain, there has been a new development. Ready my shuttle. I’m going to the surface.”