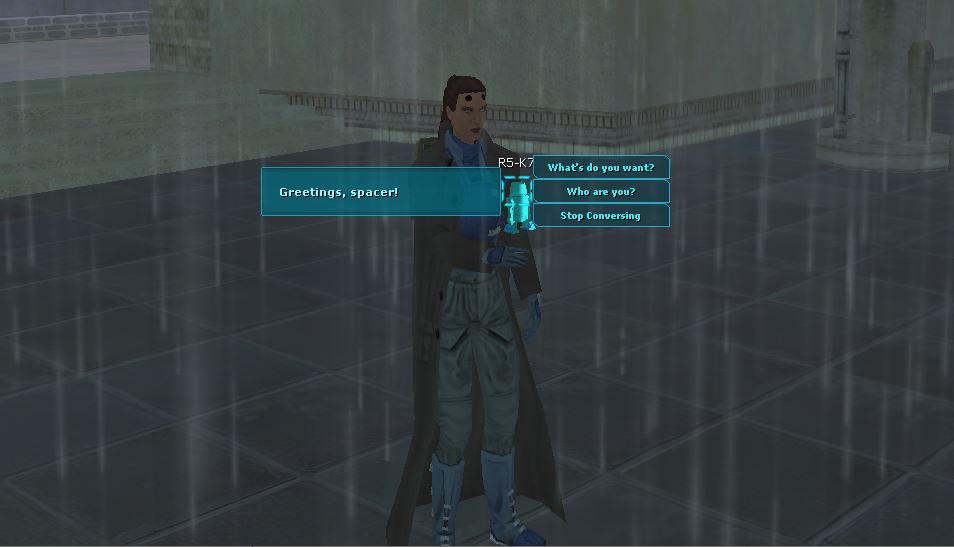 Hello? Yes, this is Dog.

It’s that time of year again – join us on Empire in Flames as we celebrate Boonta Eve! Jabba may be gone, but Bib Fortuna still seeks to preserve the Hutt Holiday to honor his former master’s legacy… and solidify his hold on Jabba’s empire. After receiving a call when you first log in, head on over to Mos Espa, Tatooine to participate in the festivities and complete daily quests to receive Boonta Coins that you can exchange for rewards. (article updated Dec 9, 2021) 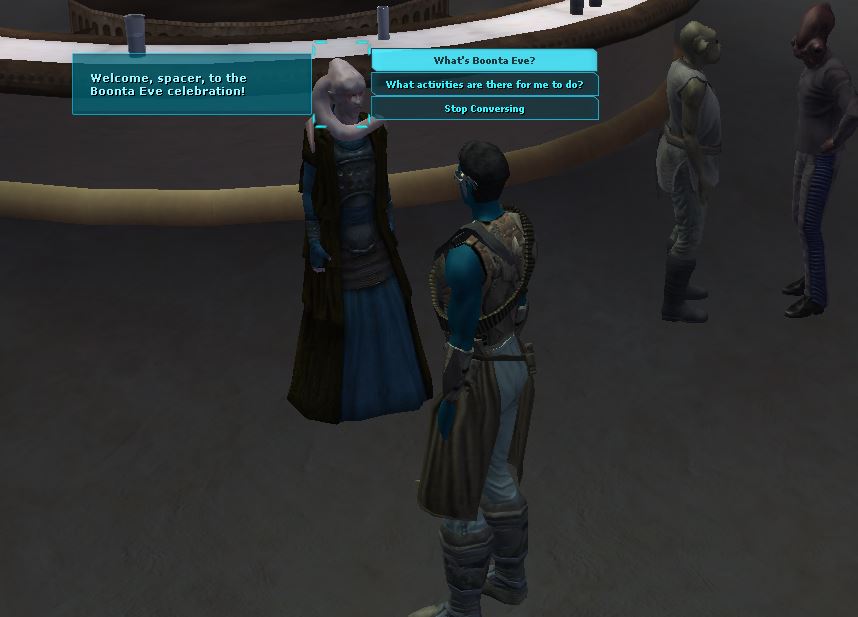 Talk to Bib Fortuna to learn more about Boonta Eve, and how you can help celebrate.

Speak to Bib to learn of the different jobs and events you can take part in. You can earn one Boonta coin a day by selecting any of the three activities to complete, so pick a different one each day or return re-run your favorite. Once you amass enough coins, you can exchange them for limited-time event-only rewards!

Boonta Eve celebrations would not be complete without the Boonta Classic Race! This year, racers will take to the skies and run the track in Skyhoppers.

To start, head to the Parking Garage north of the cantina (/way -2950 2525) and speak to the Race Coordinator to start. 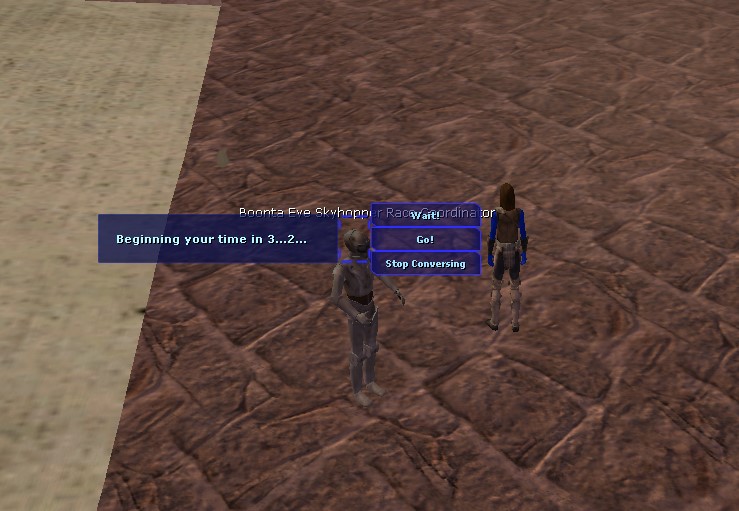 Don’t have a Skyhopper? No problem! Once you talk to the Coordinator, let him know that you are in need of one and the droid will give you a schematic. Find a friendly Artisan to have it crafted for you and voila! You’re ready to race. 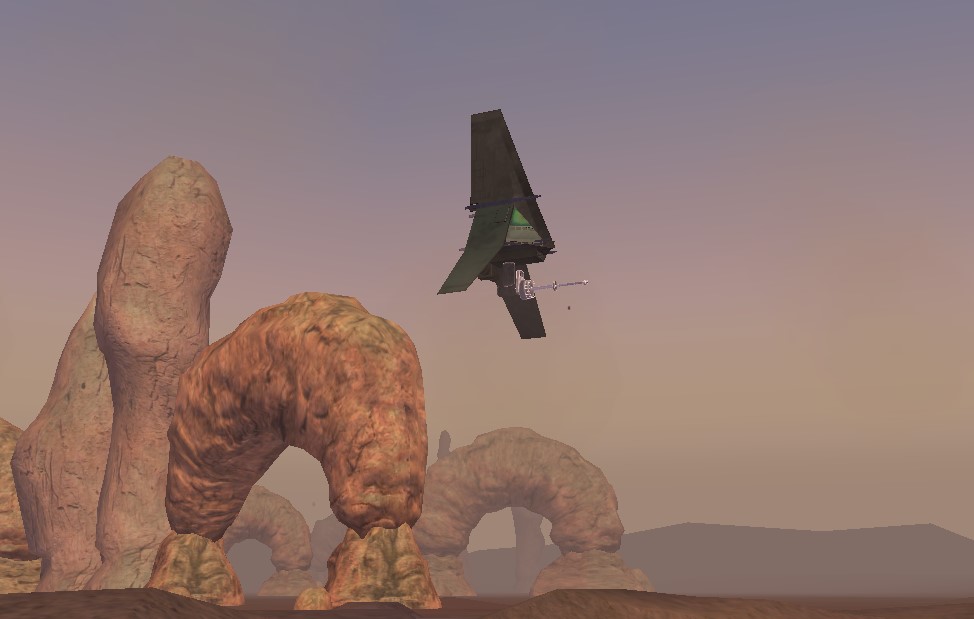 Navigate over the dunes, through the sandy mountains, and avoid the territorial Tusken Raiders to reach each checkpoint towards the finish. Upon timely completion of the race (under 210.0 seconds), you will receive a Boonta Coin and if you are the fastest racer overall, you will receive a unique character badge!

The race can be completed as many times as you like (though will only award one Boonta Coin if eligible), and you can also challenge others to a Group Race for bragging rights. 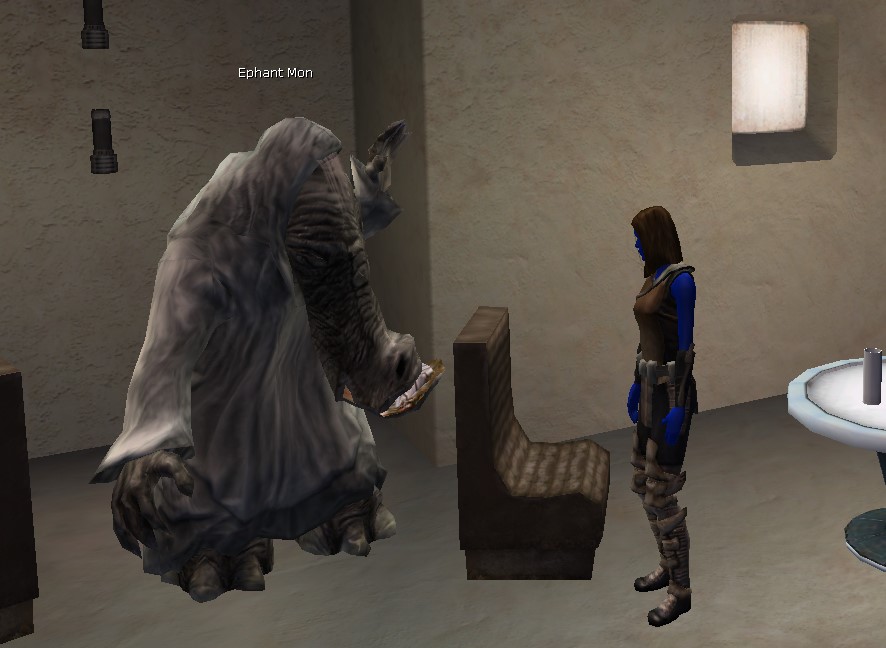 With the Boonta Eve celebrations allowing slaves a bit more freedom to move around than usual, Ephant Mon is having trouble tracking some errant slaves down. After speaking with him and learning more, you will be given a waypoint to the slave’s quarters and tasked with bringing them back to speak with Bib so that they can pledge themselves to their new master. Head on out to the waypoint, convince the slave to return with you, and return to Bib for your coin reward. 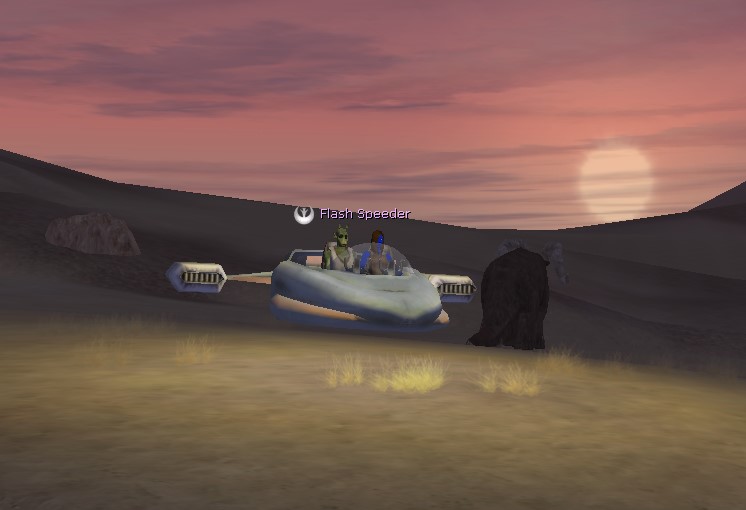 Don’t trek the whole way back to Mos Espa on foot, hop in a speeder!

However, whispers on the streets suggest that other parties may offer an alternative – setting the slaves free. Follow the rumors to the nearby hotel to find a familiar hero, who asks you to help her with smuggling the slaves off-planet. 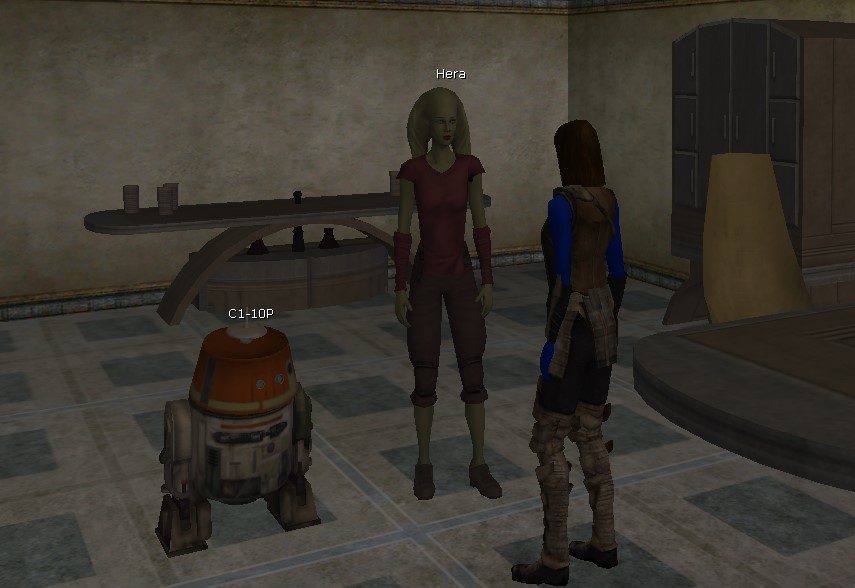 Head to the same waypoint that Ephant gives you but now you will have the option to convince the slave that they have their shot at freedom. 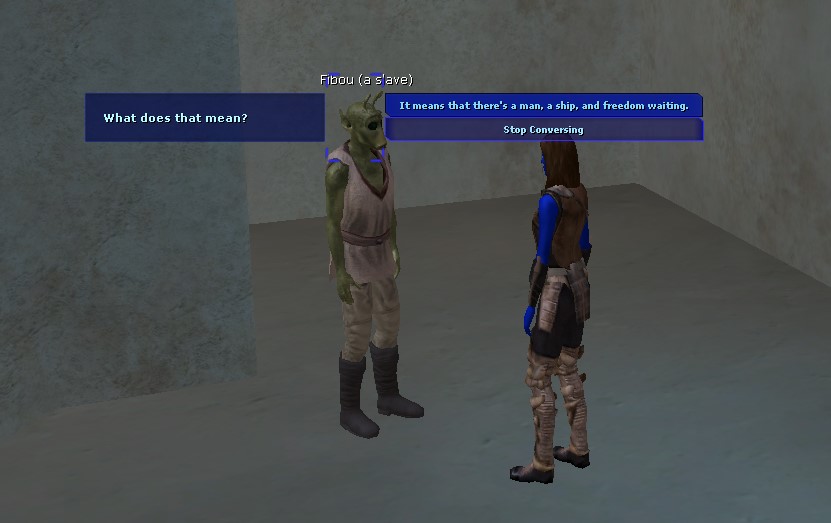 Instead of returning the slave to the cantina to speak with Bib, find the YT-2400 along the outskirts of town near the hotel you found Hera in and bring the slave to Warvog. He’ll give you a Boonta Coin, and help the now former slave to their new life. 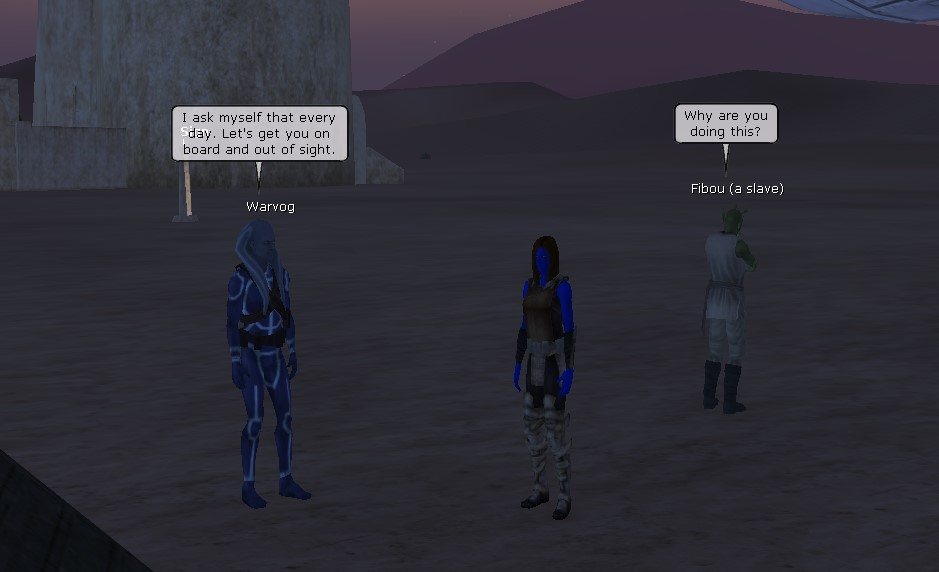 Deal with the Party Crashers 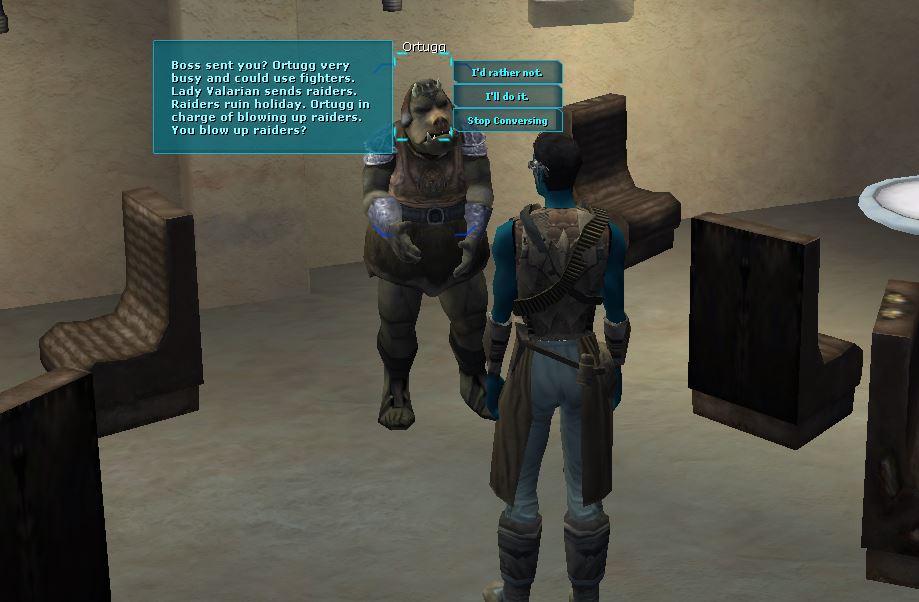 Ortugg is eager for assistance – find him in the alcove to the left of Bib.

Lady Valarian also seeks to make moves on Jabba’s former territory and is sending raiders to disrupt the Boonta celebrations. Luckily, Bib and Ortugg have their own plans. Speak with Ortugg in the cantina to receive a waypoint to a Valarian encampment and take care of them.

At the waypoint Ortugg gives you, you’ll have to deal with the Valarians directly. Take out their enforcers, and then look for the marked placements to plant explosives around their camp. Be careful though – once you set a charge a wave of Valarian reinforcements will arrive. 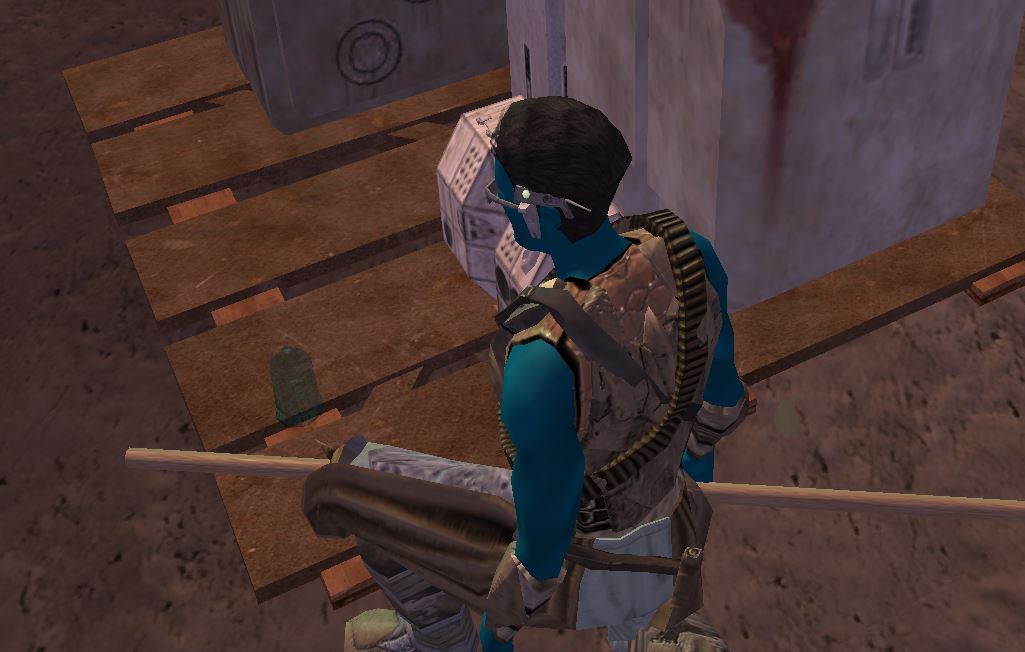 After the third charge is set, get to safety! As you watch the camp go up in an explosion of fire, you will receive a Boonta coin as a reward. Don’t forget to loot the thugs either- they could have some mid-range Armor Attachments or Clothing Attachments

What to do with your hard-earned Boonta Coins 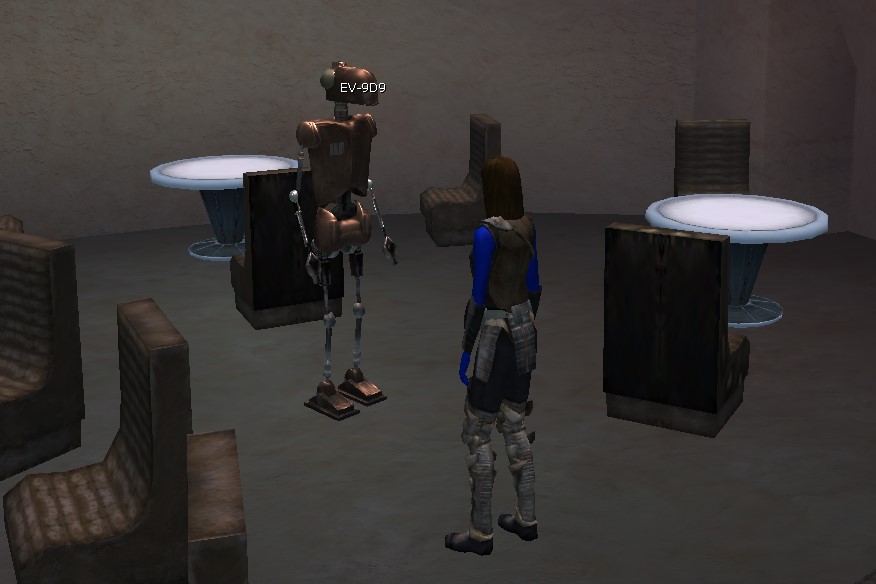 EV-9D9 is located towards the back of the cantina, in an alcove on the left.

Gather and spend them! You can earn one Boonta Coin a day, per character. Take a look at the rewards list by talking to EV-9D9 and exchange your earned coins for various items, or check your Boonta Balance to see what you might need to save up for. New additions have been added to the reward list from last year, so be sure to check them out. 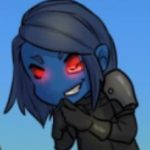