“Any battlefield medic would be proud to have done as much.” ―Han Solo, The Unifying Force 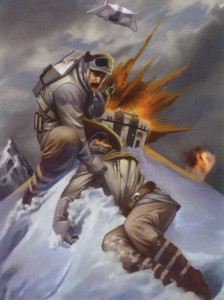 Medics aren’t a focus of Star Wars during the movies – only on rare occasion do we see anyone patching up a wounded soldier, and even then it’s a doctor, not a field medic. The Expanded Universe did a better job of demonstrating the necessity, though what Disney will do now is anyone’s guess.

Medic skills allow players some limited abilities in the field. They can use stims in the heat of combat to keep a player or pet fighting long beyond the time they should’ve been incapacitated. More proper packs and time can allow a medic to bind and heal wounds that would otherwise be crippling. They can stop bleeding and apply antivenoms, preventing a player from dying from slower means. 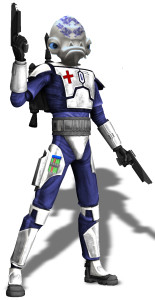 Most adventurers will pick up at least a few medical skills. While more urbanized types like crafters and entertainers may forego those skills, the types wielding a blaster or swinging a sword understand the utility of field medical skills.