So, I've decided to write up a little guide and expansion upon the installation instructions on the EIF main page in more detail. Which can be found here.

The first thing you shall need to do is install SWGEmu (Star Wars Galaxies Emulator). Without this Empire in Flames shall not be able to run. To start, you should go the SWGEmu download and installation guide.

Once you have done this, you should then download the Empire in Flames Launcher from here and then open the location to where you downloaded the "EIF launcher setup" application. Install by right clicking on the application and the clikcing on "run as administrator".

If running on Windows, and you find you get a pop up window stating "Windows protected your PC", this is nothing to worry over, the launcher is safe and Windows is just being over protective. To fix this, simply click "more info" and then "run anyway". 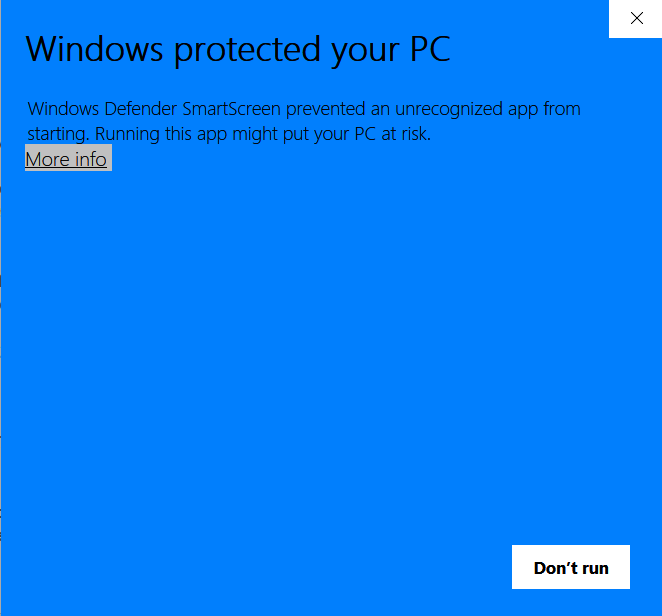 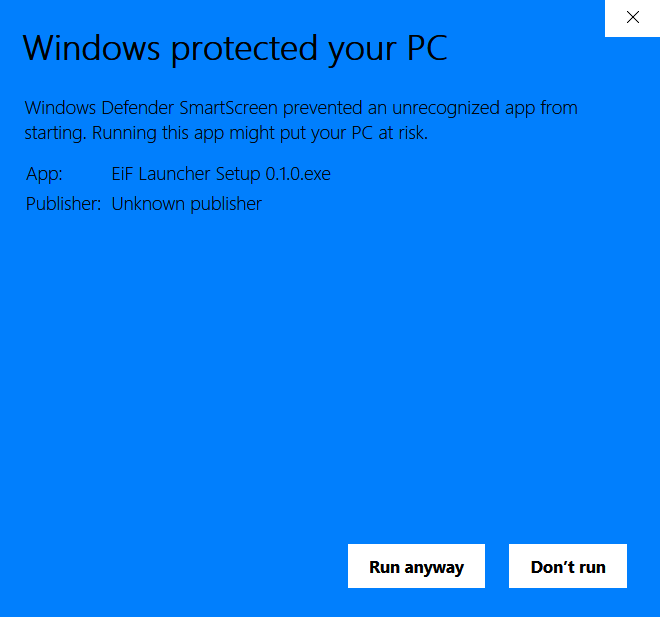 If you still have problems with your PC allowing you to start the application, you may wish to add it to your Windows "exclusions", as well as in any anti-virus programs you are using which may be preventing the start of the application.

The installer should then begin.

Upon downloading and installing your EIF launcher, you will be ready to begin installing the Empire in Flames game itself. To begin, close the launcher if it has opened automatically. Following this, be sure to right click the EIF launcher and then click "run as administrator". This usually prevents most problems people tend to encounter. 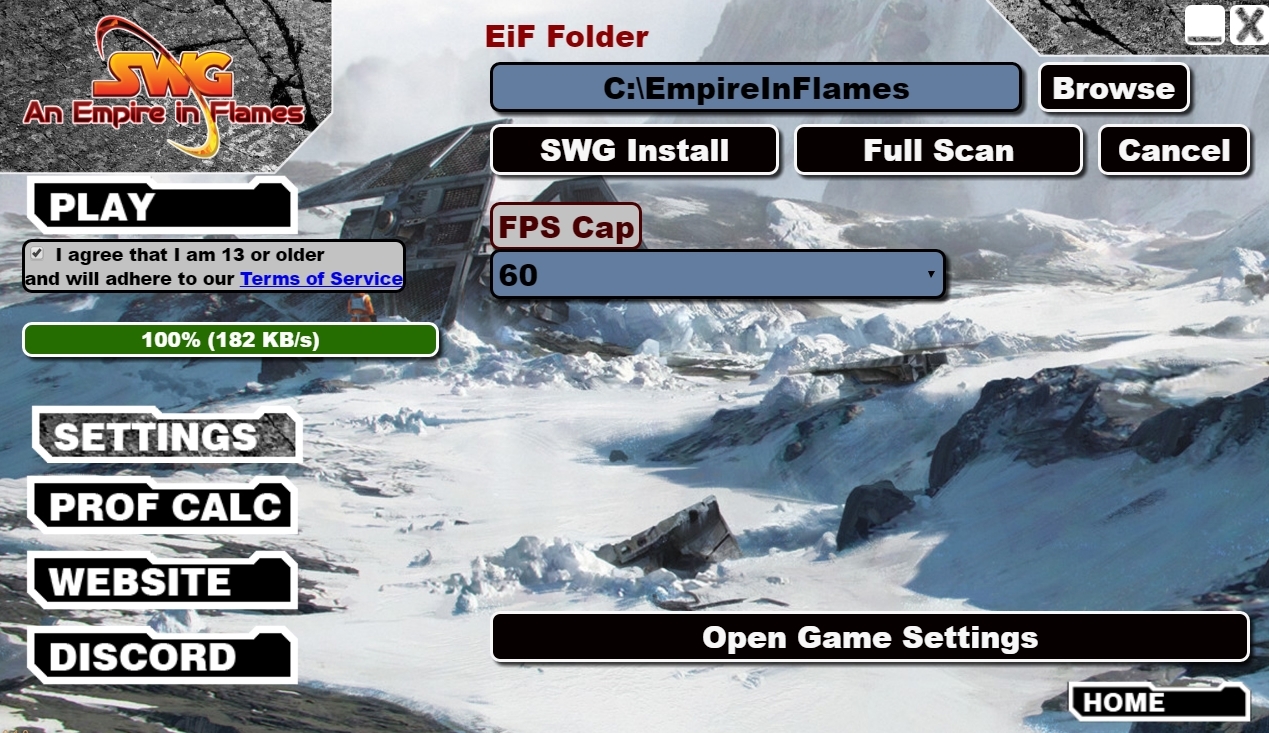 Once the launcher application starts you will notice that you shall not have a green bar, nor will you be able to click "Play" as shown in the picture above, this is normal as you have yet to link the launcher to the any directories, which shall be covered below in the next step.

You should procceed to "link your directories" to the appropiate locations. To do this first click the "browse" button at the top right-hand side of the launcher (if you do not see this option, you should first click the "settings" tab on the left-hand side of the launcher). After you do this, a window should pop up which is asking you to "select a folder". When this appears you should direct the window to a folder in your "C drive" and then to a folder named "EmpireinFlames". If you do not have an EmpireinFlames folder, then all you shall need to do is make one. When done correctly, the directory should be; "Local Disk (C:) > EmpireinFlames".

(If you find the the browse button is not working, and no window is popping up, try quitting the launcher and re-launching it again as administrator, this tends to fix this small and rare issue). Once this stage is complete, you must then click on the "SWG install" button, to then direct the path to either where your base StarWarsGalaxies files are located on your PC (which were installed by your Star Wars Galaxies retail disks), OR directing the path to your already installed "SWGEmu" folder (which is highly recomended over directing the path to the StarWarsGalaxies folder as most report less problems by using this directory - The reason being that some versions of the retail disks are not compatible with the EIF server, due to missing files which were in later versions of the original game, but such files "are" in the SWGEmu files, of which EIF is based upon).

(If you find the the "SWG Install" button is not working, and no window is popping up, try quitting the launcher and re-launching it again as administrator, this tends to fix this small and rare issue). Upon completing all these stages, the launcher should then begin to start downloading the files for the game and then will allow you to hit "play" upon completion. If this process does not begin, or the installtion does not go smoothly you should click on the "Full Scan" button (as seen in above pictures), which will try to fix your game files.

(If you find that after all the above stages have been completed accurately, but the download bar is making no progress, try quitting the launcher and re-launching it again as administrator, this tends to fix this rare and small issue).
AKA - MatthewStarWars (SWGemu)
Top
Post Reply
1 post • Page 1 of 1